India ranks third in terms of absolute levels of carbon emissions after China and the United States. In a business as usual scenario, by 2030, emission levels are predicted to reach more than 4.4 gigatonnes of carbon dioxide (GTCO2) equivalent of greenhouse gas—up from 3 GTCO2 today—overtaking the United States as the second-largest emitting country. At the same time, India’s per capita energy consumption levels are about one-third of the world average and in 2018, central government data indicated that 17 percent of households did not have access to electricity.

To meet the dual objectives of environmental sustainability and economic growth, the path of development must focus on being clean and green. This is more of a necessity than a matter of choice for the country.

We, at the John D and Catherine T MacArthur Foundation, have been working on climate change in India for the last five years and we have seen this space evolve considerably. Several international development agencies have come forward to support policymaking and action aimed at enabling India to achieve its climate goals. There has also been a substantial increase in the number of research institutions working on issues related to climate change mitigation. Moreover, the role of market-linked interventions has expanded considerably, as evidenced from the rapid spread of distributed renewable energy networks, addressing issues around access and efficiency. We are also seeing citizens becoming more concerned about climate change and wanting to do more. All this represents significant positive developments, but the sheer magnitude of the challenge requires us to do much more.

Before we analyse what can be done, it’s important to call out for whom this can (and needs to) be done. All the measures we take in our work on climate change need to first be rooted and built within the values of equity and social justice. Our efforts to create a clean and green future can be fully endorsed only if and when they become a reality for everyone in India, including those households and marginalised communities that currently exist on the fringes, or below the boundaries set by official poverty lines. This will require special attention at the stages of design and execution of climate change policies and practices.

As we move forward to strengthen action on climate change mitigation, here are four critical areas—each worth a separate study, in my opinion—that philanthropies, nonprofits, policymakers, and corporates need to consider.

It is critical to bring in new actors to expand and deepen the climate movement in India. So far, research and knowledge generation on ways to mitigate the adverse impact of climate change has remained largely limited to a small group of think tanks located in and around Delhi—the policymaking centre for India. These think tanks have closely engaged with policymakers at the centre to establish a framework of policies that have pushed India to invest in renewable sources of energy.

Going forward, the country needs sub-national level actors, beyond the public infrastructure, to effectively execute the centre’s renewable energy policies, and where necessary, refine them to make these policies more contextual.

State-based think tanks, progressive corporate houses, social opinion-makers including youth leaders, activists, environmental and social scientists, and research institutions must feature prominently among potential partners to take this discourse forward. Identifying and engaging champions in these institutions and in communities, will provide the much-needed tailwind to India’s mitigation movement.

In the recent past, we have seen a set of new champions adding their heft to the movement. Notable examples include Extinction Rebellion, the Fridays for Future movement, and the People’s Climate Movement where youth leaders are taking to the streets to shine a light on the issue.

The BP Energy Outlook 2019 mentions, “India’s share of total global primary energy demand is set to roughly double to 11% by 2040 [from 2017 as a base], underpinned by strong population growth and economic development.” To fulfil its growing requirement for energy while meeting its climate mitigation goals, the country will need to identify and adopt technology innovations that address both these objectives.

As a key member of the global Mission Innovation (MI), India has several successful innovations to showcase. For example, with support from the MI secretariat, in 2018, Swedish company, Aili Innovation, collaborated with Tata Trusts to develop efficient solar-driven water pumps for small-scale farmers in India. Replacing diesel pumps, the solar pump system provides water for irrigation, and power for lighting and charging of smaller devices such as cell phones or fans.

Recognising the importance of technological innovations in the clean energy space, several private incubators have also come forward to nurture ideas and interventions that rely on state-of-the-art technologies. Incubators such as Social Alpha, Centre for Innovation Incubation and Entrepreneurship, and Villgro have supported early-stage ideas and interventions that use technology as the key tool for disruption.

However, while there are many promising clean energy technology options available today, most are too expensive to access, lack the technical reliability needed for widespread deployment, or both. Currently, comparatively high costs, inadequate supply chain support, and insufficient operating experience constrain the deployment of these technology options at the scale needed for climate change mitigation. Future funding strategies should focus on resolving these constraints to enable these technologies to reach the right audiences.

3. Strengthen support from domestic funders to step in and expand this movement

Action on climate mitigation by nonprofits in India is currently largely supported by the international philanthropic community. To sustain the movement, it is essential that domestic funders come forward and strengthen the mitigation efforts that are so acutely required. They can help by designing and executing interventions—at an ecosystem-and institution-level—that aim to expand the funding pool for nonprofit players. Establishment of the India Climate Collaborative is an exciting development in this respect. Over the last few months, the collaborative has managed to leverage commitment and support from a diverse group of domestic philanthropists in providing a strong push for action against climate change.

While philanthropic support has helped support a range of research organisations, most climate think tanks are still in the early stages of evolution. If the discourse on climate change mitigation has to sustain beyond the life of individual projects, building capacity is critical. This requires continued support to these institutions to define their purpose; running audits of existing technical, analytical, and behavioural skills; identifying gaps; and finding creative solutions.

To quote a 2017 study jointly conducted by Climate Outreach, Climate Action Network- International, and Climate Action Network-South Asia, “…people need to understand climate change as a narrative, containing their own language and shaped by their own values and experience. Most climate change language, however, is dry, technical or too based in the campaign culture…”

There is available evidence to indicate growing levels of awareness and concern around climate change in India. For instance, results from a recent 12-country-based survey by IPSOS indicate that there is, “widespread support for government actions to prioritise climate change in the economic recovery after COVID-19 with 65 percent globally agreeing that this is important.”

In India, 81 percent of participants from the same study said that they would support a ‘green’ recovery package, much higher than the global average of 65 percent. The survey provides interesting insights on behavioural choices that individuals have either made or are willing to make, in support of their conviction that a lot more needs to be done to reduce the adverse impact of climate change in the future.

Going forward, helping create narratives based on local values, norms, and customs and where possible, local languages, will prompt many more to take personal responsibility for change.

We need to act now

The good news is that most likely, the tipping point is yet to be reached, affording us a tiny window of opportunity to take decisive action. The not so good news is that the window seems to be rapidly disappearing. It is no longer a matter of choice on whether we should attend to global warming or not. The question forward is how hard and how persistently can we push on the pedal to achieve our objectives?

Moutushi Sengupta heads the India office of the John D and Catherine T MacArthur Foundation. Her primary focus is on the effective execution of the foundation’s climate change mitigation strategy for India. Prior to MacArthur Foundation, Moutushi was Director, Programs and Advocacy, Oxfam India, and has also been associated with Government of United Kingdom’s Department for International Development in several roles. She holds two Master’s degrees in Applied Environmental Economics and in Business Management, respectively. 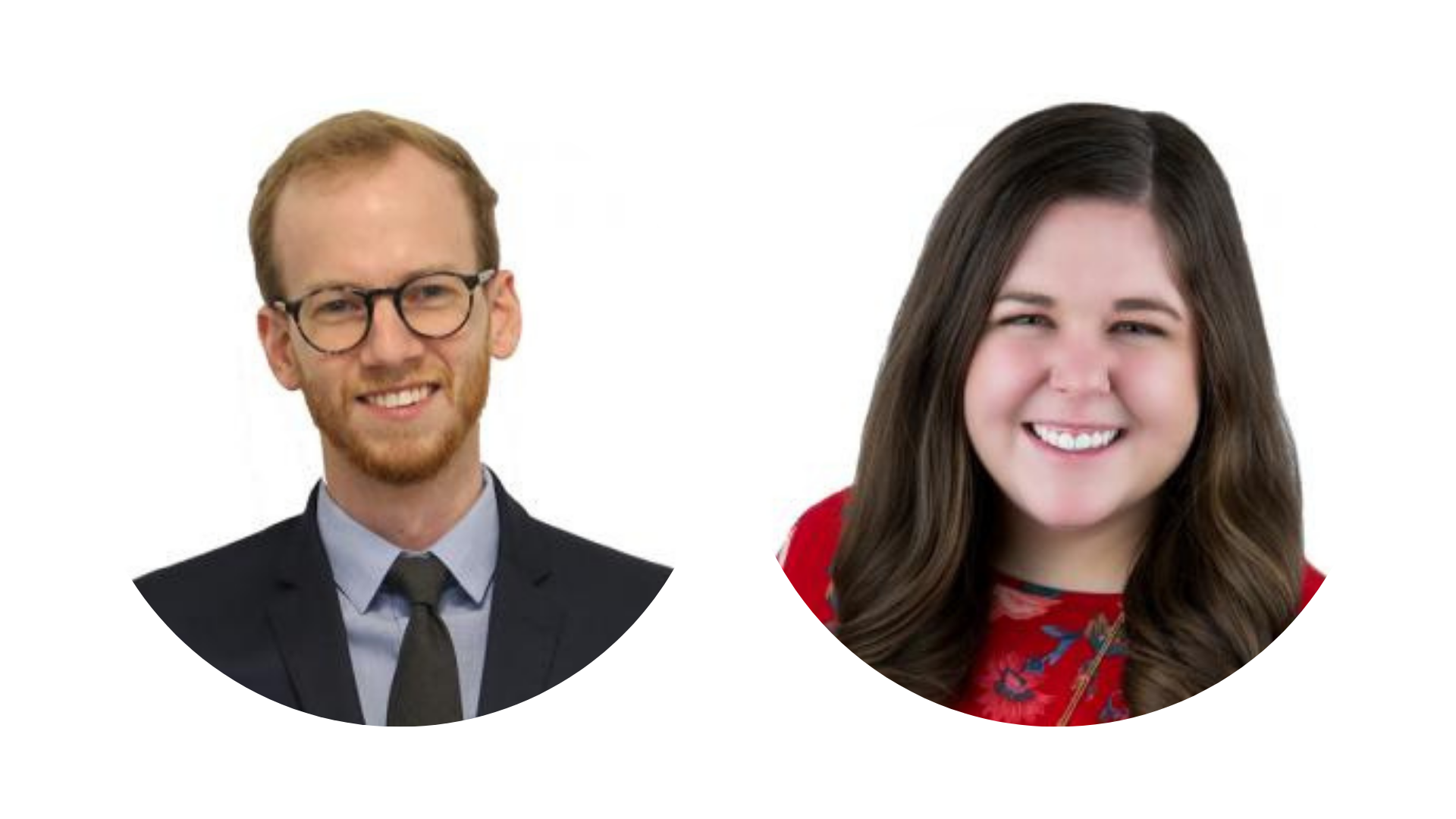