By Carola Carazzone,  Secretary General of Assifero– Italian association of grant-making foundations, member of the advisory board of Ariadne– European Funders for Social Change and Human Rights, DAFNE– Donors and Foundations Networks in Europe, ECFI– European Community Foundation Initiative, Ashoka Italy and of the editorial board of Alliance magazine.

In a recent paper, “The imaginary crisis (and how we might quicken social and public imagination)”, Geoff Mulgan[i] argues that the world today is facing an unprecedented deficit of “social imagination”.

The concept of “being capable of social imagination” is quite interesting.

Social imagination is not the ability to plan economic recovery nor to program, restore, or develop the dominant production and consumption systems or to envision new generations of technology. The “capacity of social imagination” is the ability to imagine a different and better society 30 or 40 years into the future: more equal, more inclusive, much happier, characterized by new forms of well-being with ourselves, with the communities we live in, with the rest of humanity, with the planet.

Edgar Morin[ii], during the Covid-19 crisis as well as for the last 40 years, kept pointing to the obsolescence and inadequacy of the current systems of knowledge and education to face the uncertainty, scale, speed, interconnection of today challenges.

Morin calls for education towards “complex, systemic, and global thinking” to embrace the complexity that is now fragmented in siloed sectoral disciplines. Morin theorizes the importance of teaching uncertainties, asking questions rather than giving answers, changing perspectives to be able to face the unexpected.

Of course, changing the whole system of knowledge, organization, mainstream culture with paradigmatic shifts in the production and consumption systems as well as in individual lifestyles is an archetypal transformation that can seem an overwhelming task to contribute to.

Nonetheless, I strongly believe that everyone can be a changemaker.

Different from what is commonly thought, change-making is not an elitist natural gift. It is an attitude that everybody can learn.

Change-makers are not only the heroes, Nobel prize winners, or genial start-uppers, but everyday people who have been able to forge organizations or participatory processes to support social change.

History has taught us that it is precisely in moments of disruption that change is possible.

In fact, emergencies accelerate the processes of change. Decisions that in normal times would require years or decades of careful evaluation are taken in days or months. But change can be either negative or positive: it depends on us.

It is interesting to look at the role of philanthropy in connection to the major disruptive crises – such as the First World War and Spanish pandemics, the Second World War, the HIV epidemics – in contributing to paramount social achievements such as the universal right to primary education, the women’s right to vote or the right to same-sex marriage.

If we consider when Ev Rogers’ “diffusion of innovation law”[iii] was first published in 1962 (with the fifth edition in 2003), philanthropy support organizations (at least in Europe) did not even exist yet.

What is the power that lies in philanthropy networks today?

Where do we stand in the tension between serving our membership and serving the sector, between responding to needs and shaping the field,[iv] between maintaining the status quo and pointing to social change?

Are we ready to grasp our “window of opportunity” to orient social imagination and social change?

Philanthropy support organizations (at least in Europe) are quite young and they seem not yet aware of their unique power in terms of creating value, voice, and collective impact. Not yet conscious of the potential of their thoughtful leadership to ignite and amplifying processes of systemic change.

My country, Italy, was severely impacted by the crisis. This is not the time for self-congratulation about how much money philanthropy was able to raise to face the health emergency[v].

Italy is coming out from Covid-19 as one of the most unequal countries in the world. Inequalities are widening and deepening in all spheres – quality of the environment, civil, cultural, educational, economic and social freedoms and opportunities – as well as in all dimensions: northern and southern regions, rural and urban areas in the same region, different neighborhoods in the same city, with major consequences in terms of social justice, gender justice, intergenerational justice, environmental justice, racial justice.

During the Covid-19 crisis, there were at least three major innovations in Italian philanthropy that we were hoping for a long time: speeding up the digitalization in a country with a significant digital divide, more openness about data collection in a country where resistance to transparency for philanthropy is interwoven by the widespread catholic charitable culture of not showing off and complacency, and new, more flexible and less asymmetrical modalities of funding and reporting.

Each of these Covid-19 related innovations have a huge potential for Italian civil society as a whole if they turn to be permanent. The one that Assifero is trying to lead is about changing the modalities of funding and reporting.

Italian civil society organizations were already weakened and disempowered before the Covid-19 crisis. Today they are starving. To be resilient, bold, and influential agents of change they need flexible, long-term, mission-oriented core support. However, two false myths combined – nonprofits should cost very little, and all funding must be allocated to activities and projects- are strangling them in what is known as the “starvation cycle”[vi]. In Italy, the myth of the (almost) zero cost of nonprofit organizations has deep roots in the traditional culture but also in how organizations and governance internally work. It results in foundations (with very few exceptions) giving only short-term project-restricted support through calls for proposals or other very bureaucratic modalities, mainly giving the grant ex-post (upon accounting) and with no possibility to cover staff, communications, digitalization, management, advocacy, and lobbying costs.

As we stand on the threshold of an epochal decade, we are confronted with an urgent need to forge transformative philanthropy. In front of the complexity, scale and pace of the challenges that we are facing (and Covid-19 is emblematic in this sense) at different interconnected levels (local, national and international), philanthropy support organizations can no longer be just membership associations, infrastructure neutral organizations supporting their members in achieving their individual results.

In a vision of system change, philanthropy support organizations are particularly well-placed to impact the enabling environment for social imagination and social change, becoming leaders and learning organizations.

There are many kinds of leadership. The thoughtful leadership that we need as philanthropy support organizations is one based on those who lead[vii] embracing a system mindset and a collaborative approach, engaging in long-term strategic and multi-stakeholder partnerships at national, European, and global levels.

Innovative leaders lead “from behind”, nudging instead of pulling or running in front and rip off.[viii]

We need leaders that ask better and different questions and create a safe space where others can do the same, that are able to create learning-driven cultures and to break down barriers and frame new possibilities for their organizations, sharing compelling visions that align and inspire their teams.

These qualities can be cultivated through training and experience sharing. I hope WINGS worldwide and in Europe, together with the PEX community, which brings together national, regional and European philanthropy support organisations, recently promoted by DAFNE, will lead philanthropy support organizations to be more equipped agents of change, developers, enablers, accelerators, multipliers of social change to achieve sustainable development and strengthening democracy.

This article is part of the #LiftUpPhilanthropy Series, bringing together reflections and thought leadership from leaders across the philanthropy sector on how the sector can build itself for the future.

[ii] Edgar Morin is a French philosopher and sociologist known as the father of “complex thought” and for his scholarly contributions to such diverse fields as media studies, politics, sociology, visual anthropology, ecology, education, and systems biology.

[iii] Ev Rogers diffusion of innovation law states that 2.5% of the population are Innovators, 13.5% are Early Adopters, 34% are Early Majority, 34% are Late Majority, 16% are Laggards.

[vi] Assifero has been working on changing the modalities of funding and reporting requirements in Italy calling Italian foundations to give differently, more strategically and meaningfully since a call to action launched in March 2018, also published in English by Alliance magazine here.

[viii] Hal Gregersen is Executive Director of the MIT Leadership Center and a Senior Lecturer in Leadership and Innovation at the MIT Sloan School of Management. He is the author of The Innovator’s DNA (2011) and of Questions are the Answer (2018). 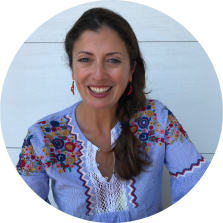 By Carola Carazzone,  Secretary General of Assifero– Italian association of grant-making foundations, member of the advisory board of Ariadne– European Funders for Social Change and Human Rights, DAFNE– Donors and Foundations Networks in Europe, ECFI– European Community Foundation Initiative, Ashoka Italy and of the editorial board of Alliance magazine.