A persistent challenge for organizations seeking philanthropic support is the need to demonstrate compliance with the fiduciary requirements of grant makers. Another is to have reliable and affordable backend support while being able to focus time, energy and resources on the organizational mission. In the United States, fiscal sponsorship has become increasingly popular, not least as it can address both needs. It can serve the purposes of grant maker and grantee alike and is increasingly being used by groups working internationally – including philanthropic support organizations, such as Human Rights Funders Network and Transparency and Accountability Initiative (TAI).

We don’t think it is due to a lack of interest. Networks based in other countries have reached out looking for hosts outside of the United States (US). Projects operating internationally are looking for mechanisms that can meet their requirements, including for hiring and grant-making abroad. Why isn’t supply emerging to meet demand? Here, we share what we’ve learned (so far) from incomplete investigations and speculate on the potential and drawbacks of fiscal sponsorship in other country contexts.

We know many networks base themselves at organizations in a variety of countries, but these organizations do not offer general fiscal sponsorship services. We have also heard more about organizations abroad incubating projects rather than sponsoring them. We have heard less about general sponsors supporting a variety of project types, though there are some that focus on specific sectors of interest.

Why is fiscal sponsorship common in the US and not elsewhere?

We suspect that other countries may not have the same legal allowance for fiscal sponsorship as the US does. Most likely, the relevant legal frameworks that facilitate in the US are not present elsewhere. Also, it could be that there has not been sufficient demand to support the development of professional fiscal sponsors.

Furthermore, the US has a somewhat uniquely robust private philanthropic funding landscape, which has been instrumental in the development of fiscal sponsorship. The US charitable tax deduction has played a role, with some US-based sponsors helping create charitable status for a wide variety of temporary projects. A classic cases include responses to natural disasters and time-limited events.

This is not to say there are no points of comparison. In France, there are hosting foundations. Fondation de France is the oldest of these, hosting 840 charitable funds and foundations, including some for some quite well-known brands, such as the foundation for BNP Paribas bank. Some of the attested benefits of being hosted by an umbrella foundation match those of fiscal sponsorship, such as the freedom to focus on grant making, not administration, and less restrictive governance. Steering committee seats for  hosted projects or funds can be allocated at their discretion, while the umbrella foundation provides legal and fiduciary duties. Andrew Milner offers more details in his review of French philanthropy for Alliance Magazine.

Now for a bit of speculation—is fiscal sponsorship a good model for other countries?

Why might the non-profit sector push for fiscal sponsorship type options?

One perspective for fiscal sponsorship is from that of the regulator of charities. It can offer benefits, depending on the number of organizations that are registered. In the US, it is thought that fiscal sponsorship helps ensure that more projects are meeting all the requirements because projects are supported by professional organizations. It also helps reduce the transaction costs of registering more independent organizations, some of which disband relatively quickly. However, these kinds of benefits depend considerably on legal frameworks and enforcement.

For the non-profit sector, we have seen major advantages from fiscal sponsorship, including the provision of infrastructure support to projects in “start-up” phase. Sponsors have helped projects launch more quickly and provided support when forming an independent organization would be too expensive. In fact, fiscal sponsorship exists in the arts partially for this reason: plays and art exhibits can receive contributions through these mechanisms. It is also a great model for projects with a temporary remit, such as fundraising for a community event. As mentioned previously, many fiscal sponsors have areas of focus and bring similar projects together.

However, the value of these kinds of benefits will vary according to the nature of the non-profit and voluntary sectors. If a country does not have a highly regulated non-profit sector and if there is no charitable tax deduction, these benefits may count for relatively little. Fiscal sponsors help with tax compliance and accounting, but it may be that citizens and foundations can already provide support to people, social movements, and organizations and do not seek charitable tax deductions.

Conversely, in some countries, the sector is so highly regulated or otherwise constrained, fiscal sponsorship cannot exist. Other types of organizations may exist instead, such as companies with socially-oriented missions (NB. the two formats are mutually exclusive: see the rise of B Corporations in the US). In contexts where space for civil society groups to operate is restricted, but not yet “closed” (and CIVICUS Monitor data suggests the list is long), we have seen specific projects and their hosting arrangements become flashpoints. Authorities have used sponsorship relationships to question the legitimacy of projects that they find undesirable.

We have seen philanthropies show interest in project hosting in other countries, usually in their sectors of interest. Making grants via intermediaries or sponsors may enable funders to support groups that would be hard to fund directly—sponsors would provide reassurance of the requisite financial management and legal standing for funded activities. They would have the benefit of being much closer to the delivery of the funded activities. Intermediaries could also pool funds from multiple donors, offering lower transaction costs and a brand that transcends individual funders (which could be helpful again in context where funding from certain sources can draw unwanted attention.)

We know of more intermediary organizations that provide grants and sector-specific networks in developing countries compared to those providing general backbone support to projects and organizations.  Of course, this varies widely by country. Appetite may grow for building up sponsor organizations that can support an ecosystem of local groups—achieving economies of scale in terms of certain core functions. In the US, such functions have included board facilitation, convening, fundraising consulting, and recruitment. Co-hosting or sponsorship may encourage greater collaboration among funded groups, another spillover benefit. (TAI has benefited from linkages to other projects courtesy of our fiscal sponsor, Proteus Fund.)

If we take our speculation even further, given that context matters so much, we may see variations not in sponsorship models but of how to provide similar benefits as needed. We have seen universities host research networks and projects. There are many “incubation hubs” around the globe, and maybe these will pick-up the role of launching start-up different kinds of projects. If community foundations develop further, we could see new forms of community umbrella organizations. And of course, many loose networks and social movements have leveraged technology and social media to stay decentralized rather than convert into more professionalized structures. Fiscal sponsorship is certainly not fit for all, but its appeal suggests that some equivalent forms will continue to spread beyond the US.

In sum, if you are an organization dedicated to finding a host in another country, we don’t want to discourage you. We would highly recommend engaging legal counsel to understand the legal requirements in any country where you wish to be legally based. Rather than starting with the Fiscal Sponsorship Directory, you may want to start with organizations you know in your field of work. You may be able to find a partner organization that can host your project, and then your project and your partner organization could work on the details, including meeting all legal requirements.

Similarly, grantmakers and philanthropy support organizations, not least WINGS members, should not assume that it is too hard to create effective mechanisms in different regions. If we don’t experiment, we will continue to be stuck with an inadequate set of current options. No doubt others already have ideas and are testing mechanisms that we are unaware of. We cannot wait to learn what is working and what is not.

Please note that the content of this blog has not been reviewed by a lawyer; organizations considering becoming or using a fiscal sponsor should get advice from a counsel that has experience with non-profit law in the relevant countries.

More about TAI Transparency and Accountability Initiative. TAI is a donor collaborative working toward a world where citizens are informed and empowered; governments are open and responsive; and collective action advances the public good. TAI members are leading funders of transparency, accountability and participation efforts worldwide. We are committed to building a more just, equitable and inclusive society.

For More on our work visit http://www.transparency-initiative.org

By Fábio Deboni, Executive Manager at Instituto Sabin This blog piece has been originally posted in Portuguese here. Watching from our computer screens during the quarantine, philanthropy players are overcoming barriers and communicating with a lot of ease, exchange networks are being created, solidarity-based billion-dollar brands are being mobilized. And a clear common purpose to help […]

Fit for the Future: Can we emerge stronger from the COVID-19 crisis? Part 1 / Lysa John (CIVICUS) 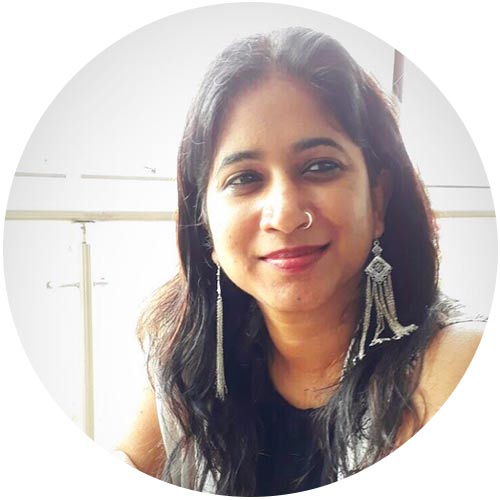 Perspectives on investing in civil society, philanthropic and technical infrastructure.   Civil society – both in its more and less institutionalized forms – has organised extensively to respond to the health, humanitarian and governance challenges unleashed by the COVID-19 pandemic. Our space to do so varies hugely thanks to the diverse regulatory, reputational, philanthropic, and technical […]

Fit for the Future: Can we emerge stronger from the COVID-19 crisis? – Part 2 / Benjamin Bellegy (WINGS)

Perspectives on investing in civil society, philanthropic and technical infrastructure.  Civil society – both in its more and less institutionalized forms – has organised extensively to respond to the health, humanitarian and governance challenges unleashed by the COVID-19 pandemic. Our space to do so varies hugely thanks to the diverse regulatory, reputational, philanthropic, and technical […]

Fit for the Future: Can we emerge stronger from the COVID-19 crisis? – Part 3 / Chris Worman (TechSoup)

Perspectives on investing in civil society, philanthropic and technical infrastructure.  Civil society – both in its more and less institutionalized forms – has organised extensively to respond to the health, humanitarian and governance challenges unleashed by the COVID-19 pandemic. Our space to do so varies hugely thanks to the diverse regulatory, reputational, philanthropic, and technical […]

Fit for the Future: Can we emerge stronger from the COVID-19 crisis? – Full Piece

Perspectives on investing in civil society, philanthropic and technical infrastructure.   Civil society – both in its more and less institutionalized forms – has organised extensively to respond to the health, humanitarian, and governance challenges unleashed by the COVID-19 pandemic. Our space to do so varies hugely thanks to the diverse regulatory, reputational, philanthropic, and technical […]