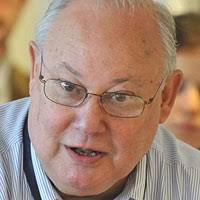 The BAD, the GOOD and the BETTER

In late March in Barcelona, a meeting was held under the auspices of WINGS. The purpose of the meeting was to build a case for the support of the global philanthropy infrastructure. A meeting on philanthropy infrastructure is hardly a unique event. There have been many of them in the past. For the most part these meetings effectively identify the obstacles to infrastructure support, but stop there. This meeting, however, had as its aim to take the next step and deliberate what could be done to build this support. what follows is a set of remarks I delivered by way of a wrap-up of the meeting. the remarks are grouped under the headings the Bad, the Good and the Better.

– When leaders with authoritarian tendencies hide behind the label of nationalism and populism – it is not good news;

– When the separation of power and government checks and balances are eroded – it is not good news.

– When the free press acting as the 4th estate of society is damaged to the point that it finds it difficult to perform its watchdog function – it is not good news;

– and when the enabling environment for civil society is challenged, as it is in half the countries of the world, then civil society institutions cannot act as a 5th estate in society guarding against the concentration and abuse of power – and that certainly is not good news.

– The good is that we know most of the issues facing the infrastructure of philanthropy; neither the public nor the for-profit would ever do this;

– It is only our sector in society that is grudging in the support of its infrastructure;

– We need to ensure that community philanthropy has recovered its rightful place as a central part of the infrastructure because it is at the community level that the concrete results of development are seen;

– The infrastructure is one step removed from the subject matter we are passionate about and that makes the case for support more difficult;

– Where infrastructure is robust, philanthropy growth is faster;

– We must broaden our language to include all forms of giving, diversity is our strength, not our weakness;

– We must stop pretending we are only altruistic and start working in our own self interest.

– Infrastructure can do things for the field that a single philanthropic actors can not.

– The presence of infrastructure and the resources for it are very uneven across the globe and evening this is an important task;

– It is worth noting that there are times when infrastructure is more visible and crucial – times of crisis, when entering a new philanthropy, when new philanthropic models are proposed, and when philanthropy enters a new field of work.

Here are some activities suggested at this meeting that make it different in its call to concrete action:

– The devotion of an entire issue of Alliance will raise the visibility of global philanthropic infrastructure significantly;

– The continuing sophistication and availability of data about the infrastructure is a powerful tool when making the case for support;

– The examples of work in two areas where infrastructure development is uneven – Latin America and India – is a sign of concrete action that can be replicated;

– The decision to keep the conversation going and to plan future convenings is an important signal that this will not end with merely enumerating obstacles to philanthropy support;

– Sophisticated examples of the impact of infrastructure will strengthen the case for support;

– Finally, there seems to be a growing realization of the importance of infrastructure, it is moving beyond its characterization as “the plumbing” one is only aware of when it leeks. Building on this realization is the first step in building the case for philanthropy infrastructure.