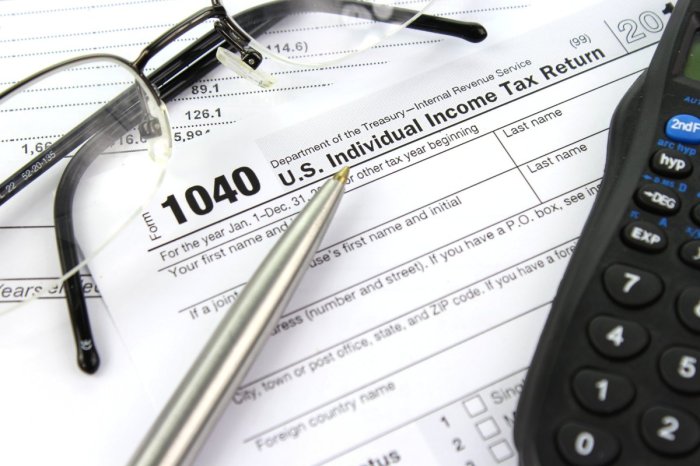 There is no shortage of news about taxes. Presidential elections bring out discussions on budgets, deficits, debt, and taxes. They raise the question for all of us, “Who pays how much and for what?”

It could be easy to just throw up our hands and ask, “Why should I care?” After all, if you work in the nonprofit sector you’re likely working for an organization that does not pay property taxes, offers a charitable deduction to donors, and receives funding from high-wealth donors, corporations, foundations, and other entities. Those funders are in turn provided with either incentives or accommodations in the tax code to support those contributed resources.

But that is exactly the point—taxes and tax policy matter especially in the nonprofit sector.

Our nation’s special role for charities is enshrined in the U.S. Constitution. The First Amendment prohibits the federal government from infringing on our right to assemble and associate around causes, issues, and people as we choose. The Fourteenth Amendment applies this prohibition to states. Since the beginning of our republic, citizens have expressed these Constitutional rights to assemble and work around common cause by forming charitable nonprofits, and we use these nonprofits to advance the public good. This is why nonprofits earn their tax exemption. In modern times, nonprofits have come to work in close partnership with government to deliver essential services that neither the public sector nor for-profit markets can fully provide. And nonprofits’ exempt status has been extended to their donors’ contributions, making those gifts tax deductible and thus encouraging people to support this public good work.

These core beliefs and laws represent a trade-off. Charities subjugate some of their rights to profits, privacy, and participation in partisan politics to ensure they can fulfill their missions by giving back to their communities every day. So what does this really mean? Rather than excess revenues being distributed to shareholders as dividends or capital gains, they are rolled back into the work of the organization. As for privacy, the nonprofit sector is the most transparent sector in the U.S. economy – as it should be—to ensure public confidence and trust. People don’t give their time, treasure, and talent without trust. In terms of active participation in politics, charitable nonprofits are prohibited from engaging in partisan politics while maintaining their voice to inform public policy. This can diminish the influence of the sector as other actors have greater flexibility and exponentially more resources. Ultimately, though, these are sacrifices the mission-driven nonprofit sector is willing to make to ensure its integrity and sustainability.

But there are now increasing threats to the tax-exempt status of nonprofits and charitable incentives for donors even though the Constitutional principles and provisions at the federal and state levels remain unchanged. In the current tax platforms for each of the remaining major presidential candidates, there is some form of cap or restriction on the federal charitable deduction.

The negative impact of these threats is real and the data is pretty clear. We can see how this negative impact would unfold by considering how similar threats became reality in Michigan’s philanthropic history. In 2011, Michigan repealed three charitable incentives that had been in place for 20 years. Those incentives were for homeless shelters, food banks, and public radio, along with the nation’s first charitable tax credit for gifts made to permanent endowment funds held by community foundations. People giving to these nonprofits used to be able to receive a state tax credit equal to 50% of the donation within certain caps, separate from the federal charitable tax deductions.

When those tax benefits were taken away, communities suffered the consequences. The community foundation incentive was a proven tool to spur increased giving to community foundation endowments, the source of funds for a wide variety of nonprofits important to ensuring the quality of life for a community. What was the result of the repeal? Research showed a significant reduction in new donors giving to these endowments.

Property taxes are another area in which nonprofits are being threatened. This past year alone, Connecticut, Maine, Montana, and Pennsylvania have all proposed bills that seek to redefine, reduce or repeal the property exemption status for nonprofits. Many local units of government are working around their state constitutions to enact fees and other payments in lieu of taxes – essentially taxing nonprofits based on their property location and perceived value. Nonprofits are already stretched thin with tight budgets and limited staffing so additional costs for property taxes could ultimately close the doors of many nonprofits that are vital to the economic health and well-being of communities.

And let’s not forget about that most important of election issues: jobs. In addition to mobilizing millions of volunteers who help to provide essential community services, the nonprofit sector is also a major source of employment – estimated to be one of every ten jobs in the U.S. A recent analysis by Public Sector Consultants confirmed that in 2015 there were 450,000 jobs in Michigan’s nonprofit sector. Imposing new tax policies can influence the ability of nonprofits to contribute to our economy’s workforce.

There are a number of tax policy proposals at both the federal and state level that leaders in the nonprofit sector should be watching:

If enacted, any one of these tax related proposals could change the way nonprofits are able to deliver on their missions – missions that help make our communities better and help solve our toughest social problems. In particular, some of these tax proposals have the potential to leave nonprofits with a diminished capacity to engage donors and secure needed funds to support their crucial work. More broadly, how we decide on these tax proposals will affect whether charitable nonprofits continue to have the unbridled opportunity to exercise their right to assembly and free speech – Constitutional rights that are essential to making our system work for everyone.

Tax policy is important to our sector, and nonprofit leaders and supporters need to care about it. We all need to be both informed and engaged. Tax policy will change. The question is how and when the change will occur and what will the consequences be for the vital mission of the philanthropic community.

This article was first published on the Johnson Center Website – you can see the original here.