The European Foundation Centre (EFC) together with partners European Centre for Not-for-profit Law (ECNL), Human Security Collective (HSC) and US Charity Security Network, is spearheading an NPO coalition that seeks to ensure that Financial Action Task Force (FATF) counter terrorism financing measures do not disrupt the legitimate activities of NPOs. Earlier this year the EFC, Council on Foundations (CoF), DAFNE and WINGS proposed actions to their members so they could encourage FATF to formally engage in an improved and structured dialogue with the NPO sector. We asked Hanna Surmatz, the EFC’s senior legal affairs officer, to update the WINGS network on recent developments. 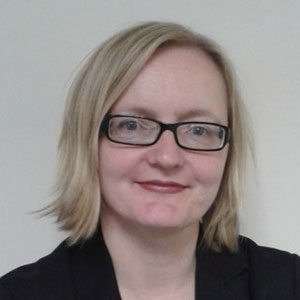 WINGS: Now that FATF has agreed to a formal dialogue with the sector, what types of recommendations will the coalition of NPOs put forward to ensure meaningful and inclusive participation?

Hanna Surmatz: At its June Plenary, FATF committed to engaging in a more formal dialogue with the NPO sector. This announcement was welcomed by many NPOs, including foundation networks such as the EFC, CoF, DAFNE and WINGS, who had worked hard for several months to achieve this. According to the official FATF announcement:

FATF is committed to continuing a constructive engagement with NPOs on these important issues, and will continue doing so on an ad hoc basis, as needed, to facilitate its technical work. The FATF also agreed to enhance its engagement by holding an annual discussion with NPOs on specific issues of common interest.

The NPO sector and the FATF secretariat will now need to review how this announcement can translate into practice, and this will not be an easy task, given the size and diversity of the NPO sector which has no formal structure to represent the millions of NPOs that exist worldwide. The biggest challenge will be to ensure that the wider NPO sector can participate and be represented in the dialogue with FATF. Only parts of the NPO sector are organised into networks and set up in an organised way to represent their interests towards policy makers. In addition, there are hundreds of different networks according to types of organisations, regions and/or focus of activity. For technical and financial reasons not all interested NPOs will be able to attend the consultation meetings, neither will it be possible to identify and convene all existing NPO networks.

One solution would be electronic/online consultations with the wider NPO sector with realistic deadlines for responding. For capacity reasons, the annual discussion meetings will only be attended by a smaller group of NPOs/NPO networks and it will be very difficult to ensure a representative participation. The NPO coalition on FATF and NPO matters will look to develop some proposals to ensure a meaningful exchange between FATF and the NPO sector. We welcome any input from NPOs, which can be sent to hsurmatz@efc.be. For more information on FATF, please see the coalition website on FATF/NPO matters: http://fatfplatform.org.

WINGS: What learnings can you share from EFC’s partnerships with the NPO coalition and other grantmaker networks AEF (Spain), CoF (US), DAFNE and WINGS in achieving success from a global perspective?

HS: FATF only started a dialogue with the NPO sector very recently. A global NPO coalition formed in 2012 as a response to the unintended consequences of FATF’s Recommendation 8. This was spearheaded by the Human Security Collective in Europe and the Charity and Security Network in the US with the involvement of the EFC. In early 2014, three European NPOs (ECNL, EFC and HSC) joined forces to build a broader European coalition and to strengthen advocacy on FATF both at national/member State and EU level. The work of the European and global NPO coalition then developed as follows: to not endorse Recommendation 8, whilst engaging in a constructive dialogue with the FATF secretariat and FATF member countries to ensure that the unintended consequences of its policies and potential for overregulation would be reduced. The NPO coalition prepared input on the policy work of FATF and collaborated with wider NPO networks. Specific funder/foundation-focused input was also prepared where appropriate, and co-signed by the relevant networks. This broader NPO collaboration ensured the following:

The coalition and involved NPO networks nonetheless experienced several challenges to getting the wider NPO sector on board. FATF is not known among NPOs and it is difficult to get NPOs interested since the topic appears (and indeed is) rather technical and abstract. FATF has until now no clear consultation process with the NPO sector in place. Exchanges with the NPO sector were hence rather ad hoc and the deadlines for responding to FATF policy work are generally short as FATF itself works to tight deadlines. The NPO coalition working on preparing papers for co-signature etc. hence also had little time to consult with the wider NPO sector. It is also difficult to ensure wide spread participation of the NPO sector.

WINGS: What actions can WINGS members take to contribute? How can they use partnerships to help guarantee momentum and widespread NPO participation throughout the various regions?

HS: WINGS members should become more active in influencing FATF policy with regard to Recommendation 8. Interested WINGs members can contact us to individually join the NPO coalition. Going forward, the NPO coalition is building on its work by focusing on:

The NPO input will only be representative/meaningful if more types and regions are included in the debate. Different NPO networks, which are not as yet involved in the process should be targeted and WINGS could play an important role in spreading the word among grantmaker support organisations. WINGS members could engage in advocacy work at various levels: