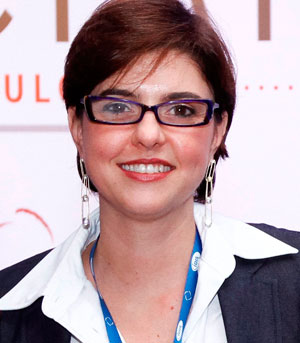 In September, Paula Jancso Fabiani became president of Brazil’s Institute for the Development of Social Investment (IDIS). In an interview with Alliance last month, Fabiani envisioned IDIS as an effective advocate for philanthropy in the country. The Brazilian Philanthropy Forum, held by IDIS in partnership with the Global Philanthropy Forum, will meet in November. One topic for discussion — and an illustration of the advocacy Fabiani refers to — is an effort to implement Brazil’s Endowment Fund Law, a law to encourage endowment establishment and foster donations to endowments.

WINGS managing editor Chris Delatorre met with Fabiani to learn about what makes this particular law important for philanthropy in the country, and how a stronger, more comprehensive law might translate for philanthropy infrastructure globally.

WINGS: Why advocate for a better endowment law in Brazil?

Paula Jancso Fabiani: When I joined IDIS we published a book about managing endowments in Brazil. That’s when I saw that we needed legislation for it. I worked in the financial sector for years before joining the third sector. I saw firsthand how an organization can benefit from having its income guaranteed, so it can plan for the long term by investing in technology and processes, by professionalizing its activities. I’ve also worked in a pure nonprofit that had to raise funds for its activities, and what I saw in some cases was that 50% of the president’s time was spent raising funds, instead of working on the mission of the organization. I don’t think NGOs need to have an endowment that sustains all activities, but they do need money to support administration. In Brazil almost all tax incentives are project related, so none are specifically for administration, which makes it very hard to sustain fixed costs.

The endowment regulation debate started with a law proposal that could benefit only universities. What we have done is advocate to increase its reach to any nonprofit organization. Verios Investimentos help us put together a study group, whose first task was to look at the law proposal that was already in the government. The study group started by proposing amendments to the original document, but in the end it was just a patchwork and very confusing. So we decided to put together a new proposal, including original material in the proposal for universities. The study group met for a year and a half and the government has since embraced the idea of having a law proposal that will benefit any nonprofit organization.

WINGS: What does this proposal look like and what are some potential benefits?

Endowments are very important for promoting and strengthening the third sector in Brazil. The proposal brings back the fiscal incentive for individuals, which went away some years ago. Also, universities in Brazil depend a lot on the government. They’re under pressure for funds and need to increase other sources of funding. Moreover, some civil rights organizations are funded by government-affiliated companies, which poses a threat to the independence of these organizations. The endowment is one of the most legitimate vehicles to make a donation because you donate on a permanent basis.

WINGS: What progress has the study group made in recent weeks?

PJF: We have hosted two meetings with GIFE in Sao Paulo – one with nonprofit organizations, lawyers and experts in the field, and the other with philanthropists who can form endowments, so they can all understand the law and help to promote the concept. We’re trying to get more groups to support the proposal. Once it is approved by the finance and taxes commission, it goes to the constitution and justice commission before then going to the senate. If everything moves as it should, which is not very common in fact, the process will take a year or year and a half.

WINGS: What lesson can a stronger, more comprehensive endowment fund law in Brazil bring to the sector?

PJF: It’s very important to join forces to strengthen an independent nonprofit sector, whose role is also to guide the actions of companies and the government. The nonprofit sector needs to be independent to promote causes that sometimes go against current practices. This is a very critical aspect of what’s happening here. If NGOs are funded mostly by the government they are not free to confront important issues that should be put into question.

Also, the nonprofit sector is very fragmented and complex in terms of causes, which makes it hard for groups to think outside of issues in a cohesive way. The focus of IDIS is to advocate for good philanthropy law, to create better vehicles for social investments. What I feel – and this is what I plan to pursue in the future – is that there is a need for advocacy that also brings the voice of philanthropy, not only the voices of the recipients, the NGOs.