This article originally appeared on PhilanTopic, a Foundation Center blog, on 1 October 2014. The original article can be found here. 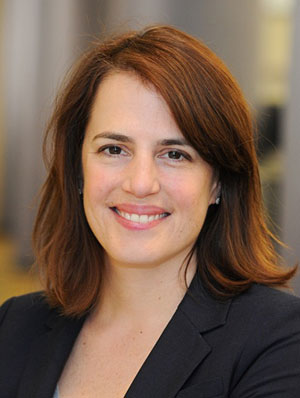 Two weeks ago, I was down with the flu AND jetlagged, so all I could manage to do in the evenings was get under a blanket and watch all fourteen hours of “The Roosevelts” on PBS. I thought it was riveting and the timing was perfect. It has been a particularly busy time for us at Foundation Center and there have been an inordinate amount of meetings and conferences around the annual meeting of the UN general assembly. Happily, most of the people sharing a table with me at these events had also been watching “The Roosevelts.” We all admitted it was nice for once to discuss something else other than the grind during the lunches and coffee breaks!

So, it was no surprise when Kathy Calvin, president of the United Nations Foundation, said at a recent Ford Foundation event, “Channel your inner Eleanor Roosevelt post-2015.” I think that was my best tweet all week. But what does it mean? Well, Eleanor certainly was a force. In fact, she was the driving force behind the Universal Declaration of Human Rights and was able to move the needle on things in the face of incredible resistance. And “post-2015” is about what comes after the Millennium Development Goals effort comes to an end next year.

The event brought together leaders from philanthropy, the UN, business, and civil society to talk about philanthropy and the role of the sector in the coming years. Brad Smith, president of Foundation Center, and Helena Monteiro from WINGS (Worldwide Initiative for Grantmaker Support) convened a session that focused on the data and knowledge needed to a) get a better grip on what we know and don’t know about funding for global development goals; b) how to get an accurate picture of development progress; c) how to build standards and trust so working together isn’t so hard; d) how to climb the mountain of definitions when so many cultures (both organizational and geographic) name things differently; and e) how to remember that we are talking about people’s lives here. It was noted during the session that ten years ago nobody would have wanted to attend a session on data!

So what came out of it?

Brad Smith noted that there are more than 86,000 foundations in the U.S. with total assets of close to $800 billion and $55 billion in giving. This is about equal to U.S. Official Development Assistance (ODA). Brad also noted philanthropic dollars matter not only in their volume but also in their flexibility and that this is one of the last sources of funding that isn’t earmarked. But if foundations are not forthcoming with their data, we will not be able to analyze the impact of the sector as a whole or on gender equality, education, or any other issue. Foundations have to be more transparent if global progress is to be made.

To address the fact that we don’t have anywhere near an accurate picture of development progress, some have called for a data revolution. UN Secretary-General Ban-ki Moon has assembled an advisory group to advise him on coordination of the effort, on better use and analysis of data, and on the difficulties faced by underresourced national statistics offices. Several in the room noted that the strengthening of local knowledge systems is incredibly important. If more research comes from the local context, fewer people will get left behind in the aggregation process.

Helena Monteiro presented the Global Philanthropy Data Charter as a way to address the issues of trust and standards when working with data. An example of an organization that used the charter to guide them is the International Human Rights Funders Group. Working with Foundation Center, IHRFG came up with a standard definition of human rights grants, collected data from foundations around the world, coded the grants, and launched a website. Voila! Eleanor would be proud.

Finally, Danny Sriskandarajah of CIVICUS reminded us that storytelling, citizen voice, and accountability will be key for post-2015 success. It was also noted that data is “development capital.” If development data is available to citizens, they will be able to make better, more informed decisions.

At Foundation Center we are working hard on a project with the United Nations Development Programme, Rockefeller Philanthropy Advisors, Conrad N. Hilton Foundation, Ford Foundation, and MasterCard Foundation to collect foundation data and knowledge on post-2015 goals for a publicly available web portal that will launch in June 2015. If you are interested in channeling your inner Eleanor Roosevelt and being a part of it, please contact me at int@foundationcenter.org.

Reimagining our world via distributed AI – Leaving No One Behind

The fragility and precarity of civil society

By Noha El-Mikawy, Regional Director, and Yara Shawky, Program Associate, Ford Foundation Middle East and North Africa office. The ability to organize, speak up, and engage is critical if underrepresented groups are to influence decisions that affect them and to hold governments and the private sector to account.  As Benjamin Bellegy argued in the “Fit […]

Why unions can make effective philanthropic support organisations: the example of France Générosités.

By Laurence Lepetit, Chief Executive Officer, France générosités.  France générosités was established in 1998 at the initiative of non-profit organizations and foundations, such as Fondation de France, the Red Cross, Greenpeace, Caritas, and Pasteur Institute to promote and develop charitable giving in France. Today this union comprises of over 100 of the main French non-profits […]