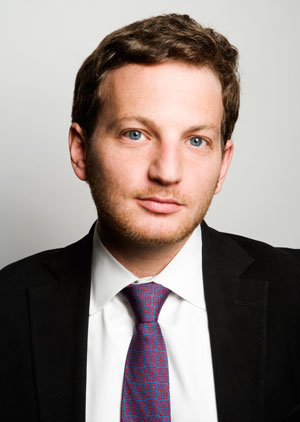 The Rockefeller Foundation’s 100 Resilient Cities Challenge seeks cities that are ready to build resilience to the social, economic and physical challenges they face in an increasingly urbanized world. An announcement of this year’s winners is set for December, and the next round will open in 2015. We asked the program’s communications director, Maxwell Young, to explain how local communities can lead this multi-year effort to build urban resilience worldwide, and how cities can use the initiative to think of themselves as part of a growing global network.

WINGS: Given the massive projected growth of urban areas over the next 30 years, how does the challenge raise awareness around community and social resilience, and what can individuals do to promote these ideals in their local communities?

Maxwell Young: The Challenge, while also serving our method for selecting our partner cities, also raises awareness by getting cities around the world think about resilience in all its forms—social, economic, and physical. We specifically highlight the importance of thinking about all three types of resilience in our application, and encourage a view of resilience that includes all these aspects.

In general, we know that resilience is in many respects a grass roots project—do people know and check on their neighbors? Are they ready to evacuate in the case of an emergency? Do they have sufficient savings and resources to survive a shock or an acute stress? If the answer to these questions is “no”, they could certainly be a target for our resilience building efforts.

WINGS: How did you select the first 32 cities and how do will you select the second group? How can cities plan winning strategies for the 2015 application cycle?

MY: While each city is different, we’ve found that our strongest partners share four characteristics, which are what we’re looking for in this round of cities:

WINGS: Does the challenge present an opportunity for grassroots initiatives in local communities to think about their cities more constructively?

MY: Absolutely. One of the key tenets of our engagement in cities is bringing in a wide variety of stakeholders. This not only allows grassroots activists to share their efforts and learnings with businesses, government officials, civil society and other advocates, it allows them to learn from these parties as well, and tailor their efforts accordingly.

WINGS: How does the initiative encourage cities to think of themselves as part of a global network?

MY: 100RC’s member cities are part of a literal global network, which is one of 100RC’s four core offerings. The network is a peer to peer network between CROs, and a city to city network between member cities. Member cities have been engaging in ad-hoc networking and interacting with one another, whether we’re present to facilitate it or not. Just last week, the CROs from the Bay Area (Berkeley, Oakland, and San Francisco) just spent some time with the CRO of Christchurch, New Zealand to discuss their shared and unique resilience challenges. Also, representatives from the city of Vejle visited Rotterdam to talk about water management planning.

100RC aims to institutionalize the practice of resilience—we hope that cities beyond our network begin to apply a resilience lens to their plans. The knowledge gained from our member cities is shareable and communicable, so cities who aren’t a part of the network can access resilience knowledge.