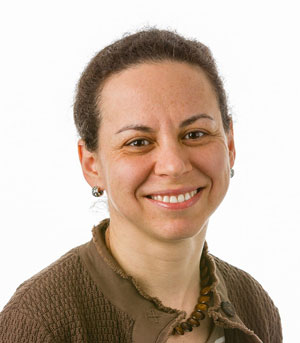 Charitable giving and philanthropy in Russia is slightly more than twenty years old. It all started in early 1990 with a number of newly established companies that gave to all sorts of issues on an ad hoc basis. A few years later, in 1997, CAF Russia helped Rosbank establish the first corporate giving program in the country. In the years since, Russian-based companies have become a lot more thoughtful and strategic in their philanthropy, adopting corporate sustainability ideas from the West and developing longer-term approaches to their social investments.

The second wave of philanthropic institutions to appear in Russia were community foundations, the first of which was founded in 1998 in Togliatti. Today, there are something like forty-five community foundations across the country, and a report issued by CAF Russia found that over the last ten years they had invested more than $16.5 million in their communities [1].

The third stage of philanthropy’s development in Russia involved the appearance of private and family foundations, and in her recent report on philanthropy in the BRIC countries Joan Spero lists the most prominent of them, including the Potanin Foundation and Dmitri Zimin’sDynasty Foundation, both of which were founded about a dozen years ago.

Not to be overlooked, all of this institutional philanthropy is augmented by middle class giving and volunteering, which in Russia is growing fairly rapidly.

So, there’s no question that, over the  past two decades, philanthropy in Russia has come a long way. Nevertheless, asset and giving totals are still relatively modest. You won’t find many figures in Spero’s report because, as she correctly notes, very little data on assets and giving is available – and even less is available in English. In terms of individual giving, both the CAF World Giving Index [2] and domestic researchers agree that only around 5 percent to 7 percent of the population in Russia gives to nongovernmental or civil society organizations on a regular basis, which is quite low compared with Brazil (23 percent in 2013), India (28 percent) and even China (10 percent). And as far as organized philanthropy is concerned, the seventy Russian foundations that shared their data for a report recently published by the Russian Donors Forum [3], including the largest private and corporate foundations in the country, had an average annual budget in 2012 of 180 million rubles (equivalent to $6 million) – hardly an impressive figure compared to foundation grantmaking budgets in other large countries.

What’s more, Spero is absolutely right to point out that one of the key cultural challenges in building a more robust philanthropic sector in any of the BRIC countries is public trust, or lack thereof. In the case of Russia, trust is a double-edged sword, in that the public tends not to trust NGOs, while foundations, lacking confidence in the effectiveness and transparency of civil society organizations, tend to operate their own programs rather than support such organizations with grants. Indeed, according to data collected by the Russian Donors Forum, foundations in Russia award less than 20 percent of their annual budgets in the form of grants, preferring to spend the rest on operational activities such as events, publications, provision of direct services, and so on.

It’s important to note as well that Russian society traditionally has been suspicious of people with wealth, and that fact has direct implications for the foundations that have been set up by the so-called oligarchs mentioned in Spero’s report. In Russia, as elsewhere, philanthropy is viewed as a way to justify and excuse extreme wealth. As Spero writes, “visible donations…offer public prestige and social standing for the nouveau riche. This prestige factor, for example, helps explain the role of Russian oligarchs in making very visible donations for the repatriation of Russian art and artifacts as well as the restoration of Russian orthodox churches.” Still, lots of giving, particularly giving on a larger scale, is done quietly, either to avoid unwanted attention or for religious reasons. (It is a widely held Orthodox belief that “the left hand should not know what the right one does.”) That’s why CAF Russia’s work for the Russian edition of the Coutts Million Dollar Report resulted in a report with the subtitle “Tip of the Iceberg” [4].

Finally, a very specific challenge that Spero does not mention is that philanthropy in Russia is quite disconnected from civil society at large. Of course, community-based philanthropic institutions, most of which fund informal groups of citizens instead of organized NGOs, are an exception. In contrast, private and corporate foundations tend to favor “helping the needy” or “supporting young leaders” and rarely think strategically about empowering disadvantaged groups or strengthening the voices of those on the margins of society. One consequence of Russian foundations’ modest grantmaking budgets is an inability to follow up and support initiatives that emerge from the grassroots; instead, they prefer to create top-down programs that reflect their own ideas and tactics and pay NGOs to implement them.

We at CAF Russia take these challenges seriously and are constantly looking for strategies with which to address them. At the same time, we understand that philanthropic cultures are not built overnight, and that donors in Russia will not change their ways after a conversation or two; we’ve learned that the hard way. Still, meeting people where they live and engaging with them around issues they care about helps to influence their thinking in the long term – and may even set them on a journey that ends in the kinds of changes Russia so needs.

A final note: Joan Spero’s report mentions the role of external influencers – those Western institutions that helped  build domestic philanthropy in Russia. Despite recent hostility toward the West and Western influences, there is a role for initiatives that foster the sharing of best philanthropic practices between various regions of the world, including the BRIC countries. Those kinds of initiatives and that kind of sharing would go a long way toward helping Russian foundations feel like part of the global philanthropic community. CAF Russia stands ready to help.

Maria Chertok has worked at CAF Russia since 1997 and as a director since 2005. She also is a board member of WINGS and a member of the editorial board of Alliance magazine. She can be reached at mchertok@cafrussia.ru