This article was originally published by Alliance magazine. Visit the Latest from Alliance blog to read Jo Andrews and Paula Jansco Fabiani on WINGSForum 2014. 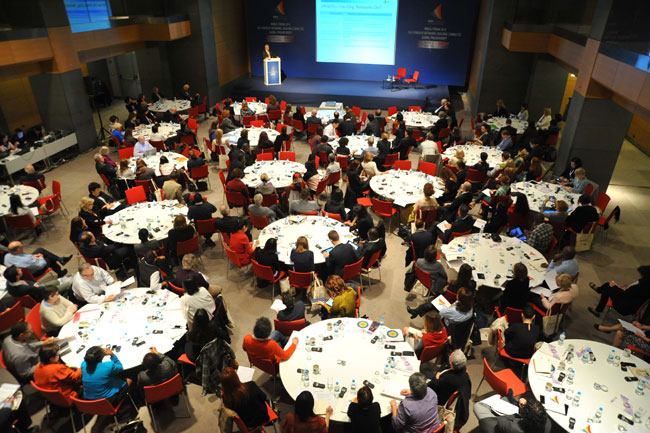 If you work for a foundation rather than an association of foundations, you are, not surprisingly, in the minority at WINGS’ four-yearly forum. But you will have come to the best event in the world to assess the scope and character of organized philanthropy internationally.

The thing that struck me the most at WINGSForum 2014 (titled ‘The Power of Networks: Building Connected Global Philanthropy’ and held in Istanbul, 27-29 March) was that this was a genuinely global affair. WINGS has come a long way from its roots in a meeting in Mexico in 1998 with 25 countries represented, almost entirely from Europe and North America.

The plenary presentations, for example, were truly from around the world and offered numerous opportunities to compare and contrast. I was especially absorbed by the description by Andre Degenszajn of the corporate character of most foundations in Brazil, which are by and large choosing to be operational, rather than grantmaking, foundations – very different from in the UK. Will this pattern emerge in other countries and with what consequences? Workshops ranged far and wide from philanthropy in Africa to the Middle East and South East Asia. The Olga Alexeeva Memorial Prize honours people promoting philanthropy in emerging societies and attracted a varied and impressive shortlist, with He Daofeng of the China Foundation for Poverty Alleviation winning the prize.

The fact that the Forum was held in Istanbul was a powerful reminder that foundations are part of civil society rather than standing aloof from it. The notorious decision of the Turkish president to ban tweeting made tweeters of the most Luddite of us, to make clear that we don’t like being banned even from those freedoms that ordinarily we don’t value very much, such as speaking truth to power in 140 characters or fewer.

This theme was powerfully addressed by Danny Sriskandarajah, secretary general of CIVICUS, in a keynote speech at the beginning of the conference. He noted that civil space has been in some way restricted in many countries of the world in recent years. Dramatic changes in international development finance herald the end of the era of official aid. While restrictive forms of impact measurement are anathema to creative philanthropy (‘the log-frame has killed the radical idea’), the revolution in data technology properly deployed will empower and engage citizens. His final challenge was the most pertinent to the conference: that philanthropy will need to raise its game in terms of coordination if it is to challenge the networks of power. 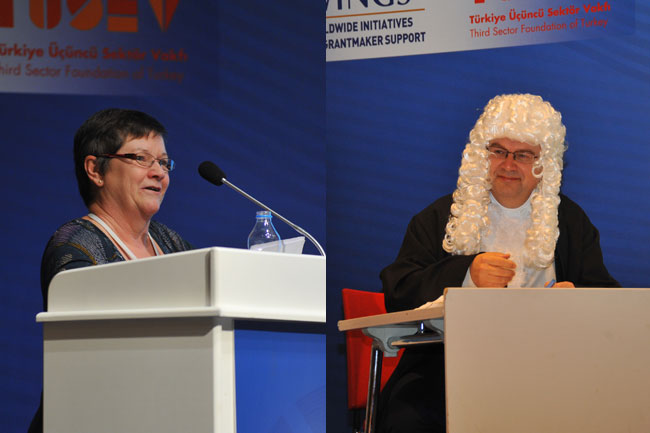 Any account of the Forum would be incomplete without mention of the Barry Gaberman Lecture (as he said, ‘it is great to have a lecture named after you – especially if it is before you are dead’). Avila Kilmurray of the Community Foundation for Northern Ireland gave a tour de force performance analysing the role of philanthropy ‘in difficult times’ which also served as an exciting calling card for her new role at the Global Fund for Community Foundations.

Finally, as a balding man I am always grateful for any opportunity to wear a wig and WINGS kindly provided me with one by staging a mock trial of associations of foundations on the final day, with me as their unlikely defence attorney (I think it was because I said yes). Their acquittal was much more to do with the quality of the event and its organization by the superbly professional WINGS staff than the ability of their counsel.

David Cutler is director of the Baring Foundation. Email david.cutler@uk.ing.com