UPDATE: Now Turkish Twitter users can join WINGSForum 2014: The Power of Networks with #WFnetworks !! use VPN Hotspot Shield to break thru ban #TwitterisblockedinTurkey.

The following is an excerpt of an article originally published by VentureBeat on 20 March 2014. Twitter users attending WINGSForum 2014 can tweet from their devices (see directions below). Join the conversation with #WFnetworks. 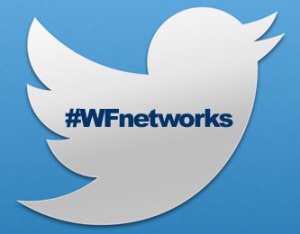 Turkey’s Telecommunications Department has confirmed that a “protection measure has been taken” for Twitter, “according to Decision Nr.dated 03.20.2014 of Istanbul Public Prosecutor (Article 10 With TMK Guard).” That term, “protection measure,” has been used in the past for banned digital services. Twitter advises Turkish customers of Avea and Vodafone to text “START to 2444.” Turkcell customers can text “START to 2555.”

Discussing the ban at a rally, Erdogan “said he did not care about the international response,” Today’s Zaman reports:

“The international community can say this, can say that. I don’t care at all. Everyone will see how powerful the Republic of Turkey is,” he said in a characteristically unyielding tone.”

Twitter has a lengthy history of countrywide bans. The service was banned in Iran in 2009, in South Korea in 2010, and in Egypt since 2011, as well as in China. There were even reports that U.K. Prime Minister David Cameron threatened to shut down Twitter during the 2011 riots.

WINGSForum attendees can tweet using the instructions above. Join the conversation with #WFnetworks. To end your session text “STOP”. LinkedIn users can join the new WINGS network forum online.