The following is an excerpt from an article by Suzy Hansen, published by The New York Times Magazine on 5 February 2014. The original article can be found here.

Taksim, in the center of the city’s European side, is considered the heart of Istanbul. The square itself surrounds tiny Gezi Park and is covered with concrete and filled with traffic, but the absence of buildings offers at least a sense of free space. [Prime Minister Recep Tayyip] Erdogan wanted to close the square to cars, build tunnels for them beneath it and replace Gezi Park and its rows of sycamore trees with a giant shopping center designed to look like Ottoman-era military barracks. […]

When a local committee composed of academics, historians and municipal appointees unanimously voted against the plan, he simply had another committee made up of his own bureaucratic appointments override the vote. This, to Turks, was what his rule had come to mean. […] 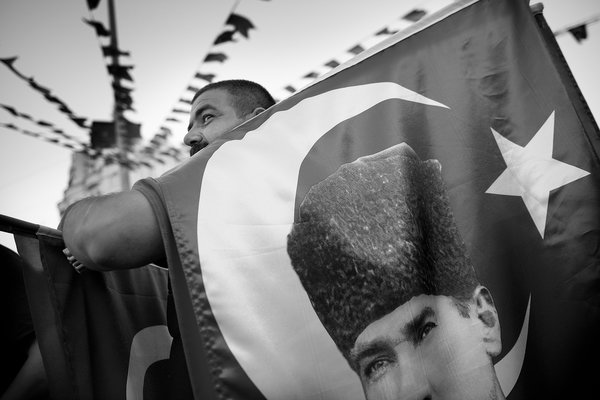 Within a week, the activists’ tiny sit-in spread to 70 cities. The occupation of Gezi Park lasted 19 days. In Istanbul, on the evenings the riot police stayed away, thousands of people — Kurds and nationalists, gays and soccer fans, secularists and leftists — streamed into the square to celebrate what was a historic act of state defiance. It was utterly leaderless. One Kurdish demonstrator told me, “Perhaps the only thing that could have brought all of these warring groups together was something as innocuous as a park.”

Many participants described their time in Gezi Park as a first brush with political consciousness. In the early 2000s, the Turkish people experienced what they were told was a democratic opening. Now they wondered whether something was being taken away from them, or whether that democracy was a mirage. The protesters showed a global audience that Turkey’s new wealth was a distraction from the realities of injustice and one-man rule. And the cacophonous utopia that bloomed in the park served as a rebuke to the blandly baroque language of neoliberal democracy and family-values conservatism that the A.K.P. and Gulenist media had so skillfully deployed.

Read the entire article here. From 27-29 March, diverse actors from the world of philanthropy will converge on Istanbul for WINGSForum 2014: The Power of Networks to discuss emerging trends and other issues important to the sector. Follow on Twitter with #WFnetworks.

One thought on “Whose Turkey is It? On Erdogan, Gulen, and the Gezi Protests.”