In the initial phase, the Forum will focus specifically on examining how foundations support innovation in two areas: advancing citizen participation and good governance in cities; and catalysing new financing vehicles for urban development.

This article was originally published on the European Foundation Centre website. The original can be found here. 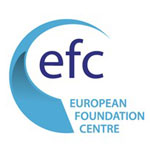 In the initial phase, the Forum will focus specifically on examining how foundations support innovation in two areas: advancing citizen participation and good governance in cities; and catalysing new financing vehicles for urban development.

The Forum was initiated by the Charles Stewart Mott Foundation, The Ford Foundation, The German Marshall Fund of the United States, Fundação Calouste Gulbenkian, Fundación AVINA and Realdania.  By creating a network that brings together experiences from different parts of the world, the Funders’ Forum for Sustainable Cities aims to advance both an individual foundation’s and its partners’ work on urban sustainability issues.

The conception of the Funders’ Forum for Sustainable Cities was one of the key outcomes of the Global Philanthropy Leadership Initiative. GPLI​ was a joint initiative of the Council on Foundations, European Foundation Centre and Worldwide Initiatives for Grantmaker Support, under the leadership of the Charles Stewart Mott Foundation and Fundação Calouste Gulbenkian. It was designed as a two-year process (2010-1012) involving some thirty foundation leaders from different parts of the world.

Upcoming EFC events in the first half of 2014

30 January 2014 : Follow-up webinar on the global urban agenda : Outcome of the Open Working Group on SDGs was held 6-10 January 2014, which dealt with, among other things, sustainable cities and human settlements. Event announcement.

6-7 April 2014 : Side event to World Urban Forum 7 in Medellin, Colombia : Preliminary details about the programme will be shared later in January

5-11 April 2014 : World Urban Forum 7, Medellin : FFSC submitted a proposal for a networking event, which was accepted. Details to follow

15-17 May 2014 : EFC AGA session in Sarajevo: “Uprising cities: From urban protest to laboratories for social change and new forms of governance” : Full details about the EFC AGA available here.

For more on the GPLI, visit the WINGS GPLI programme page.