The emergence of community foundations and other funds, as well as a potential to motivate individual donors (especially through social networks, crowdfunding or face to face) point to a more diverse field in the future.

A seminar took place in São Paulo from 4th to 5th April to present research findings on how advocacy activities of civil society organisations in Brazil are funded. Insights and comments gathered from participants during the seminar will be considered for the final research product. The study was done by Fundação Getúlio Vargas, a leading university and research center, in partnership with Articulação D3.

The group of nonprofits and foundations includes Instituto C&A, Avina Foundation and Kellogg Foundation, and focuses on improving nonprofit sector sustainability and infrastructure, as well as strengthening the voice of the sector and increasing its ability to be part of official policy debates.

Reflecting Brazil’s rising global economic status, the amount of donations sent to other countries has increased by 50%, whereas larger foreign foundations tend to close their local operations. The country’s public funding is harder to track, especially at state and city levels, and sometimes harder to access. Even though there is public funding available there is a lack of information, a burdensome bureaucracy and no initiatives to improve civil society’s capacity to access public resources. Moreover, there exists a degree of inequality among civil society organizations when accessing public resources—namely education, health and social assistance programs—all to the detriment of advocacy.

Regarding private social investment, the study revealed that foundations tend to focus on education while lacking clarity on advocacy, human rights, democracy, and civil society issues. Still, GIFE Executive Director Andre Degenszajn pointed to an increase in advocacy-based investment among GIFE members. Although the emphasis was on corporate philanthropy (still the most common form of organized philanthropy in Brazil), the study found that other funding practices already common in other countries are now beginning to emerge in Brazil.

The emergence of community foundations and other funds, as well as a potential to motivate individual donors (especially through social networks, crowdfunding or face to face) point to a more diverse field in the future. 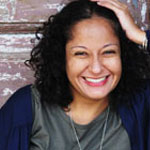 Ana Borges Pinho is the Knowledge Management Coordinator for WINGS.